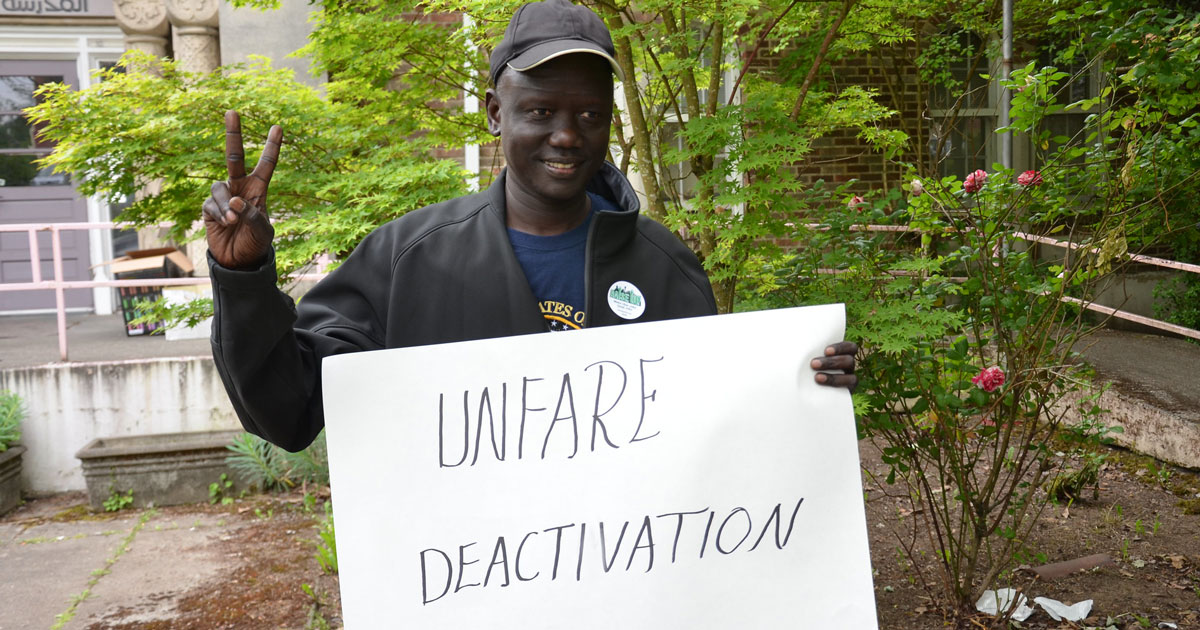 What if my deactivation happened before July 1st?The City’s new legal protections will only apply to deactivations which occur after the law is implemented on July 1st. However, if you were deactivated before July 1, you may still contact Drivers Union for consultation around your deactivation.

What is an unwarranted deactivation?Unwarranted deactivation happens when a TNC deactivates a driver without meeting new City Labor Standards for fair notice, reasonable rule or policy, fair and objective investigation, confirmation of violation, consistent application of rule or policy, and proportionate penalty. Drivers Union legal team can help you determine if your case meets the legal standard.

Will I have support?Yes! Starting July 1, Drivers Union will provide free consultation and support services for drivers facing deactivation, as well as direct legal representation to drivers in deactivation arbitration proceedings covered under the law.

Where else do drivers have deactivation protections?Uber and Lyft drivers in Seattle are the only drivers in the nation who have won legal protections against unfair deactivations. We are setting an example for driver activists across the country to follow!

How did this happen?Drivers Union led the campaign to pass new deactivation protections. If you believe in our mission to support drivers, you are invited to activate your Drivers Union membership today to help build driver power!