A lot of Uber and Lyft drivers have asked “how will Seattle’s proposed Fare Share law raise driver pay on typical trips?” 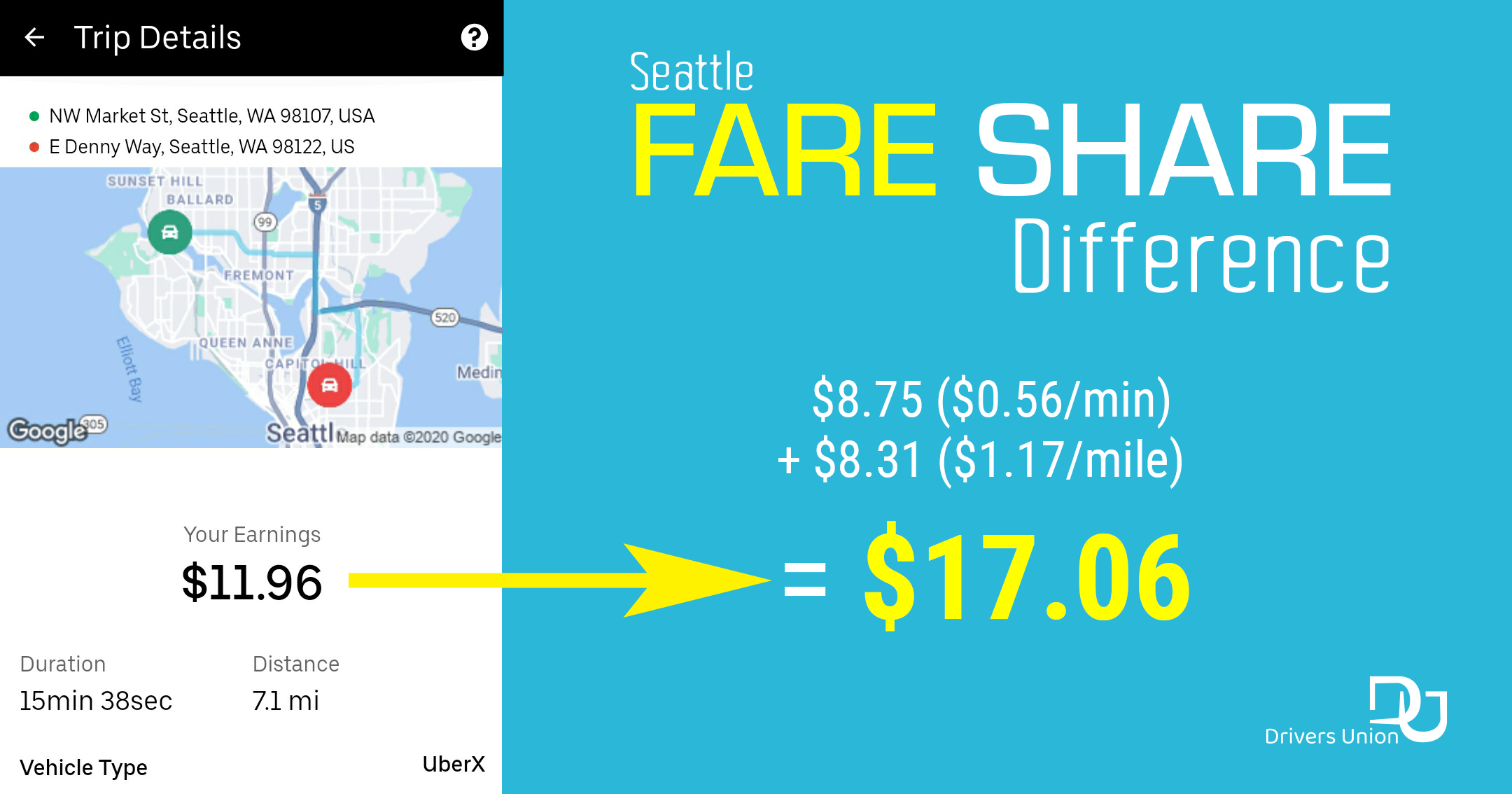 The Seattle Mayor’s Fare Share proposal would raise driver pay by 30% on average.

Drivers Union is calling on City leaders to build on this progress with higher per-mile pay, fairness and transparency on commissions, a $5 minimum on short trips, and ending unfair vehicle age limits for Uberblack SUV drivers.

And if you haven’t already, join the fight by signing our Fair Pay petition.