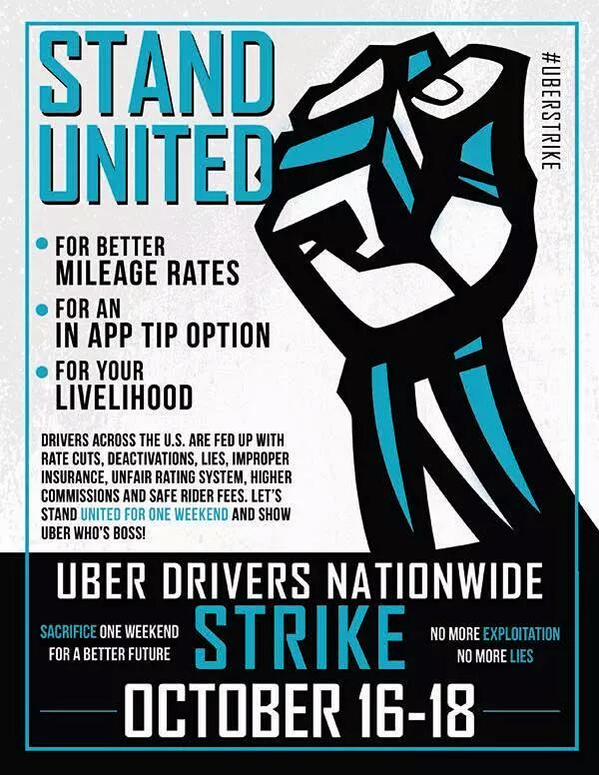 Uber drivers across the country are speaking out and charging the company with unfair practices.

The company's drivers organized a 3-day strike over the weekend demanding, among other things, an end to wrongful deactivation, fair wages, and the ability to earn tips.

Drivers protest Uber's San Francisco headquarters, demand higher wages More than 20 Uber drivers rallied outside Uber headquarters Friday morning, flanked by seven police officers. “Uber’s greed, puts drivers in need!” they shouted. One organizer, Abe Husein, claims he was wrongfully terminated as an Uber driver after he began to organize drivers in Kansas City. “We’re making less and less money,” Husein shouted, through a bullhorn. “Making less than minimum wage.” The protest is part of a nation-wide Uber “strike” this weekend, with some drivers arguing a need for higher fares, higher cancellation fees, and for tips to be instated. “Drivers: Do not turn your app on for this whole weekend!” reads one flyer promoting the protest. “Stand together as one voice!” Read More

Drivers also gathered here in the Seattle area on Friday to honor the strike and talk about how they can strengthen ABDA to ensure that their collective voice is heard.